Succeed without knowing what you're doing

Talking to people hasn’t always been easy for me. Hell, it still isn't easy!

I used to be extremely shy and withdrawn. I simply never knew what to say to people I didn’t know well, especially girls. Truth be told, I still feel like a shy guy at my core. 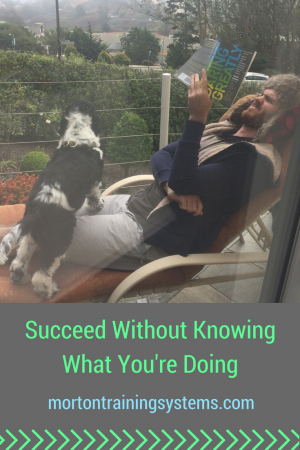 When I tell people how shy I used to be, they’re usually surprised. I guess I’ve become skilled at disguising the intense anxiety I feel in certain social situations. Yaaaaaay! 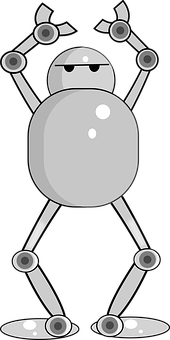 Around age 17, I decided I was fed up being the shy teenager who hadn’t ever had a girlfriend or even a first kiss! My shitty social skills were a huge barrier to a better, happier version of myself. Enough was enough.

The first thing, I did to solve this problem was feign confidence.

It was all a ruse! An illusion! But it worked.

Over time, the number of situations I felt incapacitated by decreased. The anxiety was more manageable.

It was like a sunburn or a wound that was starting to close up. The fear was still very much there, but less distracting and easier to deal with.

It’s hard to move forward when you feel like you don’t have any ground to stand on. It does get easier though.

Eventually my confidence became genuine. This doesn’t mean I’m this suave confidence machine that handles everything with ease and grace. Nothing could be further from the truth.

It means I started learning to accept and be proud of who I was/am while working on my shortcomings.

Fear may subside organically over time. On the other hand, it might not. We don’t know the future.

We can take solace knowing that the hardest part of conquering a fear/obstacle is the initial leap.

This is why I give my clients a huge high five just for showing up to their very first session. It doesn't matter how hard they worked during the session or how much weight they lifted. They showed up. That takes courage.

And if giving fear the middle finger isn't strength training, I don’t know what is.

You may be reading this thinking, “Fear isn’t holding me back! You presumptuous douche-canoe!”.

I encourage you to reflect on the biggest emotional barrier you face to reaching your goals, fitness or otherwise.

The moral of this story is that you might NEVER feel comfortable enough to start working towards being the person you want to be.

You might always be scared, and there’s nothing wrong with that. Meeting new people can still be really nerve racking for me.

This ties back to self acceptance. It’s OK to be scared. It’s OK to be nervous. It’s normal to feel those ways, healthy even. That said, letting those fears determine your actions is how you stay stuck.

Maybe I became more socially adept as I got older, or maybe it was the concerted effort of Operation LearnHowToTalkToPeople. In all likelihood it was probably a bit of both. However, I’m betting that I sped up the process, I accelerated my personal growth by taking the reins away from that particular fear.

Acting IN SPITE of your fears moves you forward until you find the next fear to conquer. You’ve beaten fear before and you will again.

Courage isn't being unafraid of anything. Courage is doing things you want to despite your fears, hesitations, and anxieties.

Your very best version of yourself isn’t going to happen on it’s own.

Get after that shit. If you don’t feel ready, that’s OK, just pretend like you are. Pretend like you know what you’re doing. Nobody will even know the difference.