What this disgusting toothpaste flavor has to do with confidence

You may or may not know I’m currently living in China. If you didn’t know, why aren’t you Facebook stalking me harder!? Sheesh!

Anyway, so I’m living here to teach English to wee little folks, widen my perspective by immersing myself in a new culture, and learn how to speak Mandarin Chinese. Mainly though because, oddly enough, moving to China was the most practical way of being in the same country as my English citizen of a wife.

So now you’re all up to speed! On with the show!

Last night, I finally decided to buy more toothpaste because my wife and I had finally managed to eek out every single last molecule of toothpaste from the tube. So I put on my big boy pants and bought toothpaste. Check me out, being all grown up and shit. But I digress.

While I’ve been putting tons of time and effort into learning to speak and read Chinese, I still have a long way to go. In other words, when I’m buying stuff, I still mostly just look at the pictures.

When I was buying toothpaste I saw these little green leaves on the package. And because I just assumed I would have no effing idea what the package said I thought, “Hey those look like mint leaves! And it’s cheap!”. Sold. I seemed to have a memory lapse that I was in China, forgetting about the seaweed flavored chocolate bar a few weeks prior (foreshadowing).

So I get home, eagerly opened the toothpaste because my teeth felt gross having ran out of toothpaste the night prior. It didn’t take long for me to realize the toothpaste, was in fact, not mint flavored… 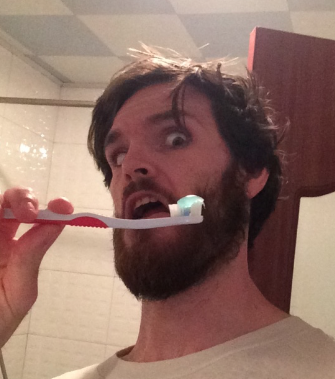 A closer look revealed those weren’t mint leaves I was looking for.

I don’t normally associate green tea with the taste of rancid butthole -- so the taste gave me zero clues as what the stuff was meant to taste like.

I realized the box had the Chinese character for tea “茶” pronounced “chá” -- one of the characters I actually know!!!

Where am I going with this ever so riveting story about toothpaste?

By assuming I wouldn’t be able to read anything, I didn’t even attempt to. With Chinese characters, if you don’t look at them with intention, they can easily morph into random jumbles of lines.

An “I can’t read this” glance looks physically different than an “I might have no idea what this says, but I’ll try and read it” glance. True, you might not know what it says, but you won’t know until you put that, “let’s see if I can do this” mentality into practice.

It was my confidence in my ability that lead to a shitty toothpaste purchase, because a quick glance revealed pretty quickly what the problem was.

This is the same with anything.

If you aren’t confident you can do it, whatever that “it” is, you might as well be trying to read a language you’ve never studied. Confidence isn’t quite the right word -- it’s more about being open to the possibility you might be able to do or learn something.

Of course you won’t know everything right away, but you’re more capable than you think. If you aren’t open to making mistakes/successes (AKA learning a new thing) you won’t progress because your brain will just jumble everything up.

This applies to getting better at anything whether it’s fat loss, lifting weights, or whatever.

Getting better at fitness is very much like learning a new language. It’s feels very foreign initially. It takes tons of time, practice, and trial/error. Just like you can’t expect to speak fluent Chinese after a week, you won’t “speak” fitness fluently after just one week either.

It’s a weird interplay between confidence and humility. Be humble enough to accept you won’t be good at this right away, but be confident enough to let yourself be open to potential successes. Take challenges as they come and don’t assume you’ll fail.

When confidence is low, it’s like the brain just puts a block over your ability to get better at things. 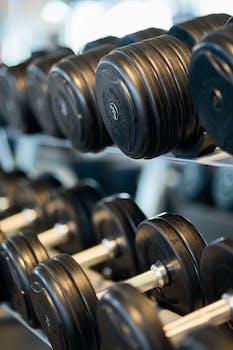 A mindset where you assume you’ll fail fundamentally influences how you act because it sets an artificial limit on how much/fast you can progress.

You have to give it an honest try. Which is hard. Because if you give it an honest try and still fail, that feels pretty shitty. That’s why I never tried hard in school. I knew I could get good enough grades with minimal effort. Why risk trying harder if there was potential my grades wouldn’t be any better for it? This mentality doesn’t serve you though, it only serves to shelter the ego. Ditch it.

Making yourself vulnerable is courage. And when you give an honest try that makes you pretty vulnerable. But that’s exactly why it’s necessary.

If you don’t practice, if you don’t challenge yourself, how are you going to make progress?

Going back to toothpaste, how can I learn to read good if I don’t practice reading because I just assume I can’t do it? The answer is I won’t.

Be open minded about what you could know because you might be missing an opportunity to see, and advance, what you’ve learned.

Plus, you end up having a much nicer taste in your mouth. 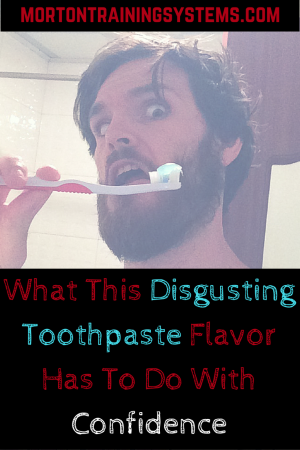