The very best time to quit a goal 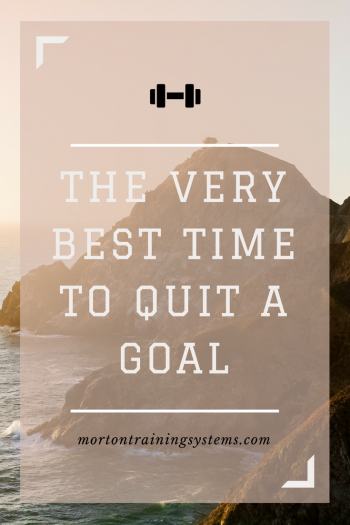 During a consultation with a new client, our very first meeting, we talk about what their goals are and how we’re going to reach them. Often they’ll say something like “I want to get fit" or "I want to lose 20 lbs" or "I want to be more toned" etc. But as they travel along in their strength journey, their goals become much more refined and specific.

I’ve worked with many clients who, after a year or so, said, “I’m actually pretty stoked on my current weight and would like to pursue strength/muscle/running a marathon" or any number of other goals.

There are other instances where what they think they wanted wasn’t actually what they wanted. Maybe they thought they wanted to lose 40lbs and look “shredded”, then they realized they actually just wanted to get laid more i.e. getting a 6 pack meant staying in eating boiled chicken instead of going on dates, which kind of defeated the point for this individual.

Knowing exactly what you want isn’t easy. If you can articulate exactly what you want to achieve and why, you’re a mindfulness ninja. So it takes time (I know, just like everything else). Furthermore, being able to a step back and say, “Ya know what, this wasn't what I actually wanted” is another big sign of self awareness.

I’m not here to say any goals are bad or good. And obviously if you quit or hop around from goal to goal all the time, you’ll never achieve anything.

What I’m saying here is there’s no shame in ditching a goal or altering it if you decide it’s not actually what you want.

Getting better at something is a journey. You learn stuff about yourself along the way. You may just find what you’re doing now doesn’t make sense.

Knowing the cost of what you want to achieve is important. Most of the time you won’t fully know until you give it a shot. Only then can you fully decide whether or not you feel it’s worth it.

Because you only have so much room in your suitcase -- you can’t bring your whole damn closet on your journey. You have to prioritize.

Would I like to be a personal trainer, an astronaut, and a velociraptor? Obviously! But you can’t do everything at once so you have to pick your battles. And how you prioritize those battles can and will change. 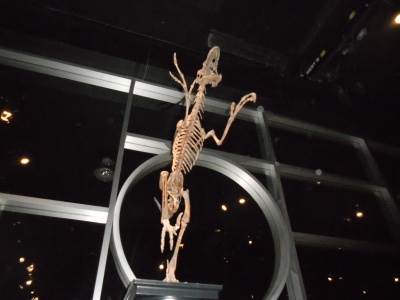 There’s nothing wrong with giving up on a goal because you realize it’s not what you really want or it’s not improving your life in the way you thought. Plus, there’s no reason you can’t pick it up later if you want.

I got the idea for this article because I decided to postpone my goal of putting on 10ish pounds of muscle because doing it properly would detract focus from things that are more important to me right now like my marriage, my career, my writing, and learning Chinese. Right now I don't have any more room in my suitcase.

The phrase “I want” is really quite vague. I can say, “I want a burrito, a long fulfilling life, and a pet penguin”, yet you have no idea how much weight I place on each of those “wants”. As it turns out, I listed them from most to least important. 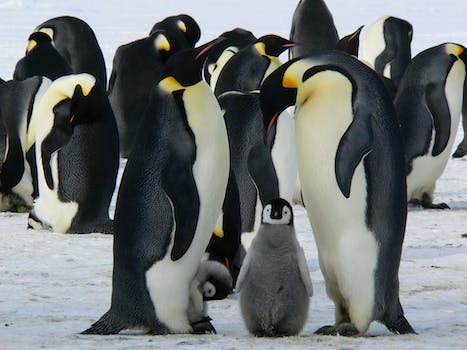 That said, if you’re actively trying to achieve conflicting goals you’re going to get frustrated.

So parsing out the “wants” is a task worth undertaking. Because if you don’t know what you want you can’t achieve it.

Have you ever gotten in argument with a partner about where to eat because nobody knows what they want? And it’s clear both of you has a preference, even though you say, “I could eat whatever”, because every suggestion gets turned down. Then you both just get frustrated and angry because nothing is happening. This is basically what happens in fitness without clarity on what you want.

What I’m getting at is your goals will change. It’s totally OK and normal to realize what was once important to you isn’t important anymore.

Because the reality is, fitness is all about adjustments and adaptations. Your fitness program should account for the realities of your life. If you work 12 hour days at a desk and get 4 hours of sleep a night you shouldn’t train the same as an Olympian who’s life literally revolves around training.

Goals shouldn’t be any different. Give yourself that space, that openness, to change your mind because what’s the point of working hard towards something if it’s not actually what you want?

Have goals, be consistent, and remember if you change your goals every other week you’re not going to get closer to any of them.

Write down what you want to achieve and why with a clean mental slate. Try not to get bogged down by what your previously stated goals were. If your goals are different, reflect on how to adjust your training and nutrition to reflect that change.

That said, lifting heavy things and eating lots of vegetables is a good idea for pretty much any goal ;-)