How to lose weight "on accident" 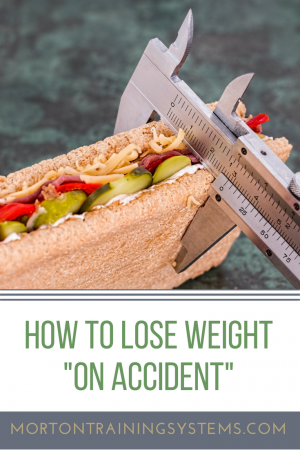 I want to share a story with you about a client of mine, let’s call her Leia. Leia is a badass.

Right out of the gate Leia was killing it. I don’t think she missed a single workout outside of being sick once.

The first habit she practiced (other than coming to the gym) was drinking more water. Why? That’s what she wanted to work on. Plus, water is awesome. 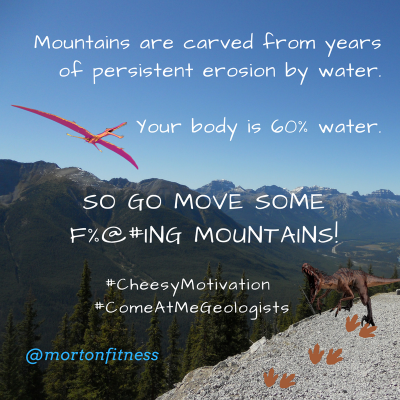 She didn’t like the taste of plain water, so she added some zero calorie flavoring. Although she was hesitant and felt like the flavoring was unhealthy she used it as a stepping stone. Leia had mentioned her tendency towards all-or-nothing thinking early on. So the fact that she learned to be happy with "imperfect" progress was awesome.

The next week we chose a different habit to work on.

Always her choice. I would offer suggestions and help her brainstorm from time to time, but I never said “You HAVE to do this”.

Leia: I feel like this is too easy! Shouldn't I be doing more?

Me: That’s awesome! That’s how habits should be! We want them to be automatic!

We discussed healthy habit formation and sustainability and such for about 10 minutes. Then she said something funny.

“...Dude!! That’s awesome! I’m not surprised because you’ve been so consistent with your workouts and your habits!”

Leia came in wanting to see the scale go down, yet after a few months this goal was almost an afterthought. Wha' happen?

She had become so focused on the process of building new habits she was able to be remarkably consistent with them. Consistently getting better equals progress.

One of the things I find most incredible about Leia’s story is that as she focused on the process and put one foot in front of the other, everything else followed suit and got better.

Over the next few months, we got to know each other better and she told me of her history with various diets and workout philosophies.

She had a group of friends back home who seemed to thrive on doing the newest diet, cleanse, or fitness fad. It seemed to her that was how they bonded, through perpetually chasing unrealistic fat loss goals.

She had put herself through the ringer and experienced lots of food guilt and anxiety when she wasn’t eating perfect. Because of her environment, this seemed totally normal. This anxiety transferred into other areas of her life.

After the, “Oh yeah I lost 4 lbs” moment, she said she was happier and had a more positive, confident, less anxious attitude about life IN GENERAL. Not just food and fitness.

I practically jumped through the roof. Nothing quite makes me happier than hearing a client say that.

Building a healthy relationship with food, fitness, and fat loss helped her forge a confidence that empowered her to access a more awesome version of herself.

I could rave and rave about how freaking incredible this client is for days. However, I try to keep my posts somewhat short so I’ll give you some actionable tips you can start doing today to mimic Leia's success:

She showed up. That’s the revolutionary part.

Her attitude fueled this consistency. She shifted away from all-or-nothing, away from perfectionism, away from fat loss being the only thing. This guided her towards balance, sustainability, and confidence.

What’s most poignant here is the interplay between perspective and actions. They sort of bounced off each other, accelerating the other, like a newton’s cradle.