How to get your portions under control with moderation

Healthy eating is both a habit and a skill set.

Today, I’m going to focus on the skill part. Because you wouldn’t try and pick up 300 lbs on day 1 at the gym. You’d work up to it. Same can be said with any sort of skill. When learning a language, you learn the easy stuff first, like “hello” (or “hello world” if it’s a programming language).

With moderating your nutrition it’s the same. You have to start from wherever you are on the skill continuum and move forward from there.

In this post, I’m going to give you a series of progressions to guide you towards eating more moderately.

First though, we have to talk about what moderation means, because it’s a bit fuzzy.

Is moderation 1 treat a day? Is it 1 treat a week? Is it having moderate amounts of many different kinds of treats?

I want to speak to the last question because I think this is where most people get it wrong.

The problem here is that if you have moderate amounts of lots of things, overall you have not been moderate. 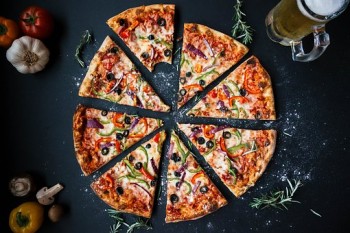 Moderation is about the big picture, not just any individual meal/event.

So when you think “everything in moderation”, that doesn’t mean it still counts as moderation if you have moderate portions of an immoderate number of treats.

Given this zoomed out view of nutrition and moderation, how do you judge what’s moderate and what isn’t? Because there’s no exact science to what is moderation and what isn’t.

Moderation depends on the individual and the situation.

Dictionary.com defines moderation as “avoidance of extremes or excesses”. My interpretation of this is to consume as much as you intend to. To be in control of how much and how often you indulge in treats.

Because you could eat a fuckton of ice cream and still lose weight if your calories were low enough. It’s more difficult to keep calories low with calorie dense foods like ice cream, but it is possible. So when it comes to moderation, we’re ignoring the caloric deficit. We're just focusing on eating intentionally and avoiding extremes.

Everybody has foods they tend to overeat. Foods that, if in the house, won’t be there for long.

By the end of this post you’ll know how to keep those foods in the house, eat them without binging, and with minimal willpower to boot.

If you’re practicing a particular skill, like moderation, you’ll have to expose yourself to challenges that will help you grow that skillset.

However, there’s also no sense making things harder than they have to be. At least, not initially.

For example, if you have the habit of eating too much ice cream every night. Stop keeping ice cream in the house. Don’t worry, it’s not “cheating” by making the task more doable. 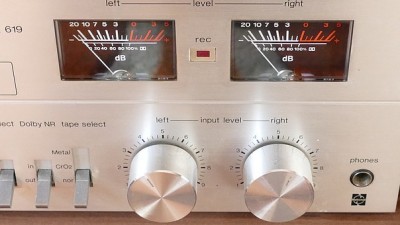 For now, you just want to turn down the dial as low as possible and get the thing done i.e., doing whatever is necessary to not eat so much ice cream. Which brings us to Level 1

Level 1: Don't keep it in the house

So step one is to not keep those problem foods in the house. That way, you stop eating them, unless you really want it. In which case you’ll have get dressed, go down the shop, and by some. There’s lots of steps involved there, so it provokes lots of mindfulness around that food.

Is it really worth it? Do I really want it?

If so, hell yeah, get yourself some ice cream if you want it that bad to put in all that effort. Because it show you’re still being intentional about it.

Not keeping things in the house will make this task as easy as possible.

Like I said, you can of course still go and get some ice cream at any time. You still have that agency. However, you won’t have to constantly resist the temptation to have a few bites knowing there’s a pint in the fridge.

Level 2: Keep it in the house but only keep one single serving size at home at a time

Yes, you’re not getting as much food for your money. But it'll be worth it for the long term.

The point is to up the challenge one variable at a time.

So for level 2, you’re sort of imposing portion control on yourself. Getting used to the feeling of eating a single serving size of ice cream. But not really having to exert any portion control because you still eat until there’s none left (if you want to).

Plus, knowing there’s only a small amount in the house will make you think more about when and if you want it at various times.

The only difference here is that you commit to how many times you’ll have the treat before hand. You still only keep 1 serving size in the house at a time though.

Ok, so you’re still buying individually wrapped things here. I know it seems silly to buy 3 little mini tubs of ice cream when you could just get a pint, especially if you know you’ll eat that much throughout the week.

Hear me out. This extra packaging serves an important purpose.

First off, the packaging serves as what Chip and Dan Heath call a tripwire in their book Decisive, something that alerts you to the fact a decision needs to be made.

Your brain puts as much as it can on autopilot to save energy. However, sometimes being on autopilot works against you. Because if you’re on autopilot and a decision needs to be made, you don’t even give yourself a chance of making the right decision.

If you’re plowing through a tub of ice cream while binge watching Netflix, there are no tripwires or barriers to stop you eating the whole thing, unless you set them yourself.

Individually wrapped servings, on the other hand, have a built in tripwire. Everytime you finish one package that means you have to open another one if you’re to eat more. This makes you think. This signals you to make a choice. Open it or not.

Now, obviously opening something isn’t that difficult, unless it’s those stupid fucking plastic casing things electronics always come in... but it does involve a decision. This will give you pause. It’ll give you the chance to think and be mindful.

Now you’re really starting to build up those moderation muscles.

By now, this should be enough of a challenge to make you level up, but not so much you end up clearing out the fridge of ice cream.

Think of this is practice. Each time you’re forced with the decision of whether or not to eat another one, it’s an opportunity to level up your moderation skills.

Now, you could easily rest easy at level 4 if you don’t want to be bothered with upping your game anymore.

For me personally, I usually just can’t be bothered to exercise moderation when I have lots of treats in the house, I’d rather use that energy for other things. For me, it’s not worth it, I’d rather just spend the extra money and time buying single portions of chocolate.

So again, ultimately it’s your choice. Having Jedi level moderation skills will obviously carry over to lots of different situations like work and family dinners where you’re not in the driver’s seat in terms of what and how much food is available.

But, like I said earlier, it’s really about picking which battles you want to fight at what time.

If you’re really struggling with portion control and eating too many sweets and you just need to get your weight down. Don’t be so masochistic and make it harder on yourself than it has to be. Simply don’t keep it in the house until you’re ready.

But if you want to master the practice of moderation, you’ll have to keep upping the resistance. By this level you should be able to eat ice cream without binging on it if it’s individually wrapped.

To make it harder, you’ll buy the normal sized package.

However, you’re going to install your own tripwires. You’re not going to eat it straight out of the tub.

You’ll put it in a bowl or a mug (obviously better than a bowl), and that will be your portion control. Just like with Level 3 and 4, you’ll commit to a specific number of portions throughout the week. Then you’ll follow through.

Having to scoop more ice cream is a tripwire.

I also recommend putting the ice cream tub back in the freezer immediately after you serve it as an additional trip wire. Plus, if you’re only going to have one serving, what’s the point of leaving it out?

Level 7: Going out of your way to test yourself

This is when you don’t even necessarily want something, but you have one bite just to practice moderation.

You expose yourself to the triggers that, in the past, would have signalled binging. You use this as practice for eating intentionally.

For example, you’d have 1 single bite of ice cream out of the tub and leave it at that. You’d have one candy from the snack bowl at work, and follow through with, “I’ll just have one”.

This skill is really high level because as everyone knows, it’s really hard to have just one bite of something indulgent. But if you’ve worked your way up the skill ladder you should be ready for the challenge. And this will continue to build your moderation skills. 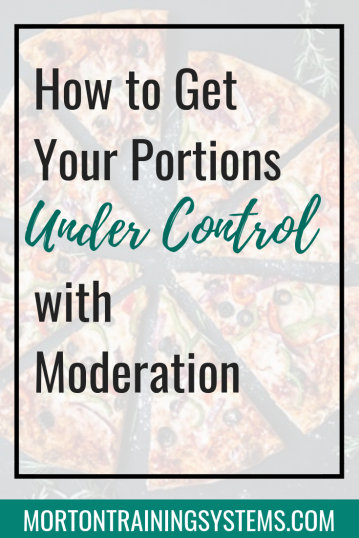 The term moderation is a bit subjective. It can be interpreted many different ways. However, ultimately what it comes down to is the intention to avoid extremes. In the short term and the long term.

With the progression scheme in this post you’re now equipped with the tools you need to be more intentional, mindful, and in control of how much you eat, even with foods you’ve historically struggled to moderate. Just like anything, it takes practice and exposure to the right level of challenge. Don’t make it so hard on yourself you fall flat on your face... in a tub of ice cream. Think like 8 out of 10 confidence level you can complete the challenge.