I’m writing this on Father’s Day. My Dad passed away when I was 16. He had a rare blood condition that you’ve probably never heard of.

You could say my dad died in the hippest way possible. It’s Ok, you can laugh. If you can't laugh at our own inevitable demise, what's the point?

Besides, being able to find humor in any situation is something I think(?) I picked up from him.

Dune was one of my Dad’s favorite books. However, I only read it for the first time last year. It was easily one of the best works of fiction I read in 2016, and probably ever.

While there is much that could be said about Dune, let’s talk about what is probably the most famous lines in the book.

I must not fear. Fear is the mind killer.

Fear destroys rational thought as can be seen by the political right’s stance on, well, pretty much everything.

Fear is a powerful emotion indeed.

Fear of rejection, fear of success (yes, it’s a thing), fear of failure, fear of judgement, and fear of uncertainty are some of the common ones.

Fear doesn’t necessarily come in the form of the crippling terror one would experience upon encountering a bear.

It can be, and often is, more subtle.

Fear can be so pervasive you may not even realize it is, in fact, the invisible hand guiding your actions.

If you really examine the areas in life where you struggle, there is almost always fear of something at play.

We evolved to fear. Fear is a natural evolutionary trait designed for survival. 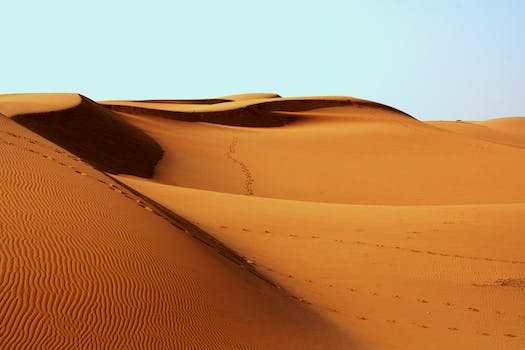 These evolutionary traits aren’t as useful as they once were. You don’t need that intense stress response that used to allow you to escape the hungry jaws of a lion. You’re just stuck in traffic; it ain’t that serious.

It’s OK to have fears; it’s natural. However, they don’t have to govern you.

Ask yourself where the fear is coming from. Is it something that is actually protecting you from dying? If not, you have work to do.

Write out your fears. All of them.

How are these fears holding you back? How intense do they feel? What situations do you need to put yourself in to conquer them? What will your life be like when these fears don't have so much power?

Like young Paul Atreides, we must not fear. Fear is the mind killer.

Fear will prevent you from fulfilling your destiny, from fulfilling the role as your own world’s Kwisatz Haderach and reaching our true potential in whatever challenges you face.