How I accidentally turned into a jock 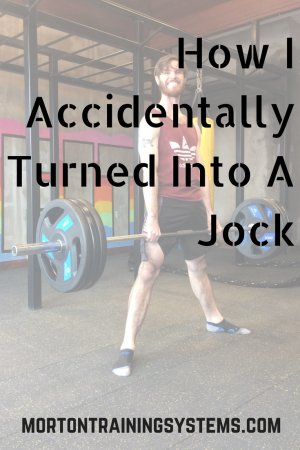 I was scrawny growing up. I also had some of the shittiest social skills known to man. I felt terribly anxious and uncomfortable if there were people around, pretty much always.

I was a stick figure-esque skateboarder who wanted a girlfriend really bad. I thought I would literally never get one -- I honestly thought I’d be a virgin for my entire life. Because I thought I was ugly and had no idea how to talk to anyone. I didn't know how to not completely withdraw into myself around new people.

It was a really rough time for me -- things seemed pretty hopeless, and by “things” I mean being happy and not debilitatingly lonely or self-loathing.

I clearly had zero confidence in any area of my life. I also basically thought anyone who was muscular looked like an asshole. As it was the polar opposite of how I presented myself to the world: tattered clothes, a leather jacket, and a bright red mohawk that went down to my chin (when it wasn't spiked up with Elmer's glue).

Identity plays a huge part in how we want ourselves to look. Basically, most of the “jocks” at my school seemed to be doing pretty well on the dating/life front despite being the stereotypically arrogant jerks you see in movies from the 80’s.

Being the reactionary bloke I was, I basically did everything I could to be the exact opposite of people I didn’t want to be like. This meant shunning muscle and lifting weights even if I secretly wanted to look more jacked. On the upside, because of this mentality I stayed away from drugs and I didn’t even start drinking ‘til I was 17 (in my hometown this was relatively old because kids start drinking at, like, 12 or 13).

I’ve done martial arts most of my life. I started doing karate when I was 8. My dad died when I was 16. Around this time I stopped going to karate. He would always drive me to karate class, and when he started getting sick he obviously stopped driving me. Even when I got my driver’s license at 17 I had no motivation to start training again. So I took a lengthy hiatus from fighting. 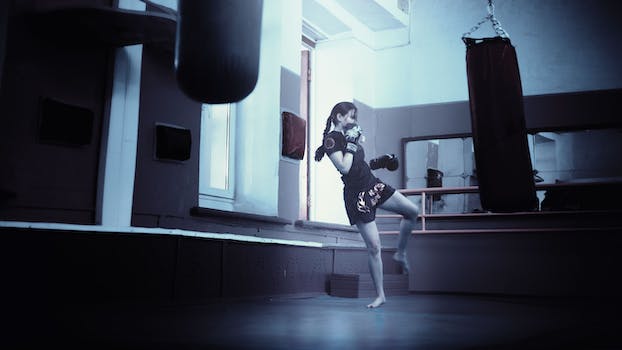 So I had a pretty active childhood, and strongly associated hobbies with identity. Martial arts didn’t seem jockish to me. Lifting weights had a different image attached to it than something like karate. The gym seemed vain and self obsessed and just kinda douchey to me.

Yes, I know this all sounds petty and silly. I was an angsty teenager who was going through some shit, cut me some slack. And I swear I’m getting to the point.

It wasn’t until college that I got back into fighting. I bought some boxing gloves from Big 5 and started roundhouse kicking the daylights out of the punching bag in the gym’s basement at UCSC. Damn good way of blowing off steam by the way.

This was around the time I started lifting. Getting better at fighting was how I justified lifting weights to myself. It was how I was able to lift weights without feeling like I was selling out on my identity. Deep down though, I knew I wanted my body to look different and I started to fall in love with the feeling of getting stronger.

I’m a personal trainer/meathead who loves lifting weights and makes a living showing other people how to lift weights and fall in love with strength training. 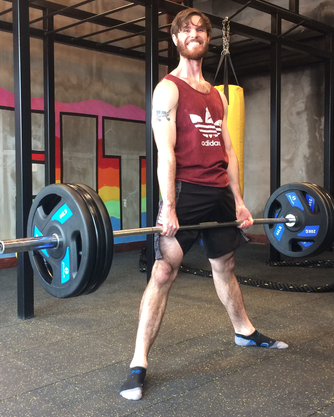 I spend my free time reading stuff about lifting weights, just cus. And I have clients who make fun of me for being a “jock” who had no idea the World Series was going on 10 blocks away.

I stumbled into the personal training world almost by chance, fell in love with it, and realized it was a great medium for changing people’s lives. The values I associated with fitness evolved as I realized it wasn’t all about ego, 6 packs, and machismo, if I didn’t want it to be.

Maybe we shouldn’t be so arrogant as to think we know where the present will lead us. Whenever you sit down and connect the dots that brought you to exactly where you are now, it’s pretty insane. Like, whaaaaa?!

But I think the real lesson here is events are what you make of them. And maybe if I wasn’t such a stubborn, reactionary, judgemental douche-canoe I might have stumbled across a life changing pursuit much sooner. 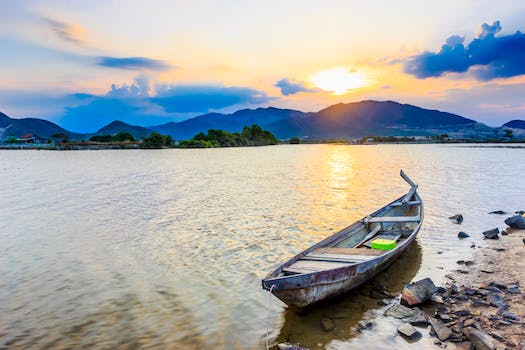 Actual photo of me at 17

Actions may define you, but the identity you associate actions with plays a massive role in how you decide to act.

What are things you want to do but struggle with? What values do you attach to those actions?

The more you can link who you want to be with what you want to do, the more successful you’ll be because your actions line up with the best version of yourself.

You’ll be living your best life by your own definition, on your own terms.