Even when this is all over, it won't actually be over.

I hear a lot of people talking about what to do when returning to the gym and how to adjust your workouts accordingly. And fair dues. If you’ve been working out at home with bodyweight exercises supersetted with Netflix binges prooooobaly not the best idea to just load up the weights like nothing ever happened. 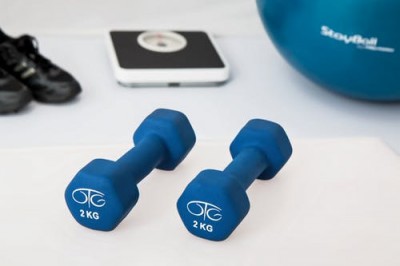 So in terms of working out, there will be an adjustment period.

I think this is true in a broader health sense, beyond just getting back into the gym.

Ok, so quick hot take before I get into the main point. The world isn’t going to return to normal. There have been many devastating pandemics before this one and things never returned to how they were before that.

As, John Green, the host of my absolute favorite Youtube series Crash Course World History often highlights, diseases are one of the key drivers of history. We like to think us humans are in the driver’s seat but, spoiler alert, we’re not. Even when it comes to wars, most of the deaths are caused by the diseases that thrive as a result of war.

Hot take over. Unless this whole post is actually hot take? I honestly don’t even know anymore. Does anybody even know what day it is? Let’s say it’s a slightly-above-room-temperature take.

Let’s ignore all the complications, politics, and logistics of attempting to return the world back to normal and let’s even ignore my hot take for a minute.

Let’s assume that a safe, effective, and universally accessible vaccine was available tomorrow and that everyone who was safe to get vaccinated was vaccinated within a week. Businesses reopen, economies outside of the toilet paper industry start making money again blah blah blah. “Things” seem to be the way they used to be. Even in this very imaginary scenario, your life and your habits won’t necessarily snap back into place like nothing ever happened.

You’ll need time to heal and time to process.

Often times, people will “keep it together” during trying situations until it’s safe to have a breakdown and let themselves feel all the stuff they’d been suppressing. And I think that’s what many of us are doing right now, just trying to keep our shit together and not lose it completely. Hoping that when this is over, we’ll be able to pick up our lives and ourselves where we left off.

But that’s not how it’ll play out. There will be a new normal, not just for the world, but for you as an individual.

Beyond processing emotions, your habits and reflexes won’t be the same as they were before the pandemic. You’ll have a whole slew of new coping mechanisms and habits to deal with.

And that’s in the dream scenario I described above. The reality will probably be much more harsh and messy. This means you’ll need to be even more compassionate/kind to yourself and to others coming out of this.

Even if the virus has been eradicated, all the difficulties caused by the virus won’t have been. Give yourself the time and space to deal with it.

And that’s the main takeaway here.

It’s important to normalize this kind of stuff. To normalize struggling, adjusting, and processing traumatic events, whether on an individual or a global scale.

Now, in terms of health and fitness, I foresee a lot of people rushing into drastic, unrealistic fat loss strategies whenever we have some sense of normalcy.

Maybe they’ve gained some weight over quarantine. Maybe they’re anxious to get their health “back on track”. Maybe they feel like they need to make up for the decreased activity, missed workouts, and/or just generally feeling not in tune or focused on their fitness.

And these are all valid sentiments.

However, I’m guessing many will respond to these feelings by trying to “make up” for quarantine by going too far in the other direction. They’ll do too much, too soon with an overly demanding workout schedule and hyper strict diet rules, then feel like shit when they inevitably can’t meet the unrealistic expectations they set for themselves.

“A person in such a hurry seldom gets good results.” Plus, I imagine health and fitness aren’t the only areas you’ll want and/or need to put time and energy into. I’m sure other matters will require your attention, focus, and time.

So I’m here to say there’s no rush. You’re not “behind” and there’s nowhere you “should” be coming out of this. You’ll be where you’ll be.

Now, I’m not saying don’t work towards your health/fat loss/fitness goals if that’s important to you. I’m just saying to let go of the pressure of feeling like you need to be at any certain point in your fitness journey.

Meet yourself where you’re at and go at whatever pace you feel is sustainable. It’s a rocky road ahead, so give yourself the time and space to adjust to the terrain.