Body image is a weird thing. I’ve had lots of conversations about it because one of the main things I help people do is feel more comfortable, confident and in control of their bodies.

The weird thing is how arbitrary the whole concept is -- how you look at our own body isn’t how other people see your body. Like... literally. Not like “Oh, people find different things attractive”. People physically see different things.

Ever heard your voice recorded on camera? Then it sounds nothing like how you think you sounds? It’s like that. How you hear your voice isn’t how other people hear it. 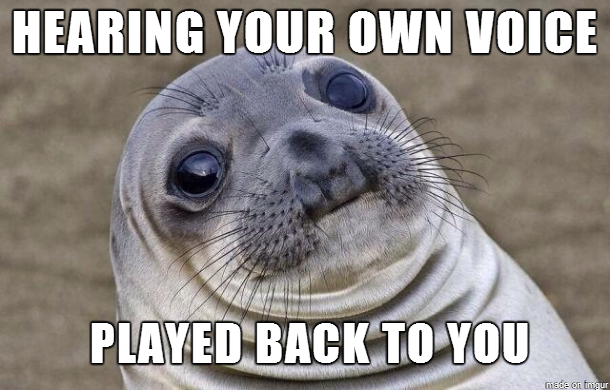 Plus, you see your body from a completely different angle than anyone else, literally and emotionally.

It’s a messy topic, because it’s your body, so it’s complicated.

One thing I’ve noticed is people often want conflicting things of their bodies. From my own experience grappling with this, it seems to come from wanting to have someone else’s body.

I can relate. When I was younger I wanted all of the things all at once. I wanted to get more jacked and look more muscular but not get any bigger. I wanted to look like somebody who was really really muscular, but not actually be massive. I wanted to build muscle but was afraid of putting on muscle. Ummm... huh? No wonder I was so frustrated with my body!

I think often times we’re just unhappy with our body and we see somebody else’s body, (sometimes photoshopped, sometimes not) and we think, “Man, I’d be so happy if my body looked like that!”.

A person’s body doesn’t look any one single way.

There’s a reason you never see cover model’s sitting down hunched over making their stomach look all scrunched up. A body can look bigger, smaller, thinner, fatter, whatever depending on it’s position, the angle it’s being seen from, and your perceptions.

It’s still the same body. It still has the same qualities. It’s just the appearance has changed because of the change in perspective.

I think everybody knows this even if they’ve never written about it. i.e. why you can look soooo different in different pictures.

“That picture makes me look huge! I don’t like it. Ok, this one’s OK.”

It’s not an optical illusion, not really. The camera just captures a fleeting moment we mightn’t have noticed otherwise.

The appearance of your body isn’t constant. It’s always in flux even if your body composition remains exactly the same. How your body looks is actually quite nebulous.

When you focus on one thing, your vision of everything else gets distorted.

If you look at your keyboard, but only focus on the letter “R”, the surrounding keys look physically different than if you step back and look at the keyboard as a whole. This happens in the physical sense with vision, but I also think this happens in the mental sense. When you become wholly focused on one thing, other things become distorted and take a different shape.

But what happens if you get “X” and you’re still not happy? From my experience, people then say, “Well... if I get ‘Y’, THEN I’ll be happy”. It’s a vicious cycle, which won’t get you any closer to where you want to go.

Placing all of your hopes for happiness in one single achievement is a moving target that distorts your perception of everything else in your life. 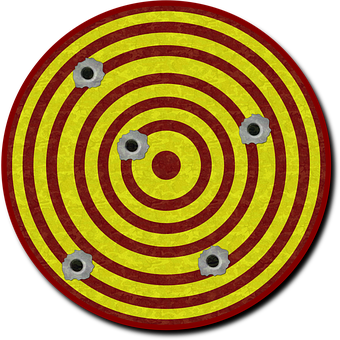 When you place all your hopes for happiness and confidence in “getting” a certain bodily feature, be it a 6 pack, thigh gap, or whatever, the way you perceive your body as a whole becomes skewed. Besides, you aren’t just a combination of body parts. Your worth isn’t determined by your body.

Where does bodybuilding come into this?

Bodybuilding, from my understanding (as someone who’s never competed in bodybuilding) is heavily about the body’s ratios and proportions, but mainly about about the perceptions of the judges. The size ratios of different body parts also have an effect on perception. For example, if your shoulders get bigger, people will ask you if you’ve lost weight because it makes your waist appear thinner. Posing in certain ways capitalize on this phenomenon.

Arnold is known to have obsessively practiced how he would pose on stage. Why? Because it wouldn’t matter how his physique looked if he couldn’t present it well to the judges. Posing in certain ways makes the body’s proportions and qualities appear differently.

It’s the same concept that explains why your waist looks thinner and your butt look 50x bigger if you stick your hip out on IG. Did you just add 5 inches of muscle to your bum and cut 5 inches from your waist? Of course not. But that pose makes it seem that way.

Understanding this is important if we’re talking about body image. Hint: we are.

Basically certain postures can make the body look very different because poses manipulate the appearance of the body’s ratios.

The point is, it’s all about perspective, not just in the mental sense but in the literal photographic sense.

How your body looks is fluid, and it seems nobody knows how their body actually looks (whatever that means).

Knowing how different positions can influence the body’s appearance is important, not so you can make your arms look as developed as possible on stage, but so you can start to think of the body in more realistic terms. Because you know that person you want to look like? They don’t even look like that.

This idea of the body looking a number of different ways, doesn’t provide any quick fixes or actionable takeaways, but I do think it’s important for building a healthier, more positive relationship with your body, whatever that means to you.

Because there’s no quick fix to creating a better relationship with your body and there’s definitely no one-size-fits-all strategy. Everyone’s journey is different. But I do feel this is a crucial piece of the puzzle and an important discussion to have. 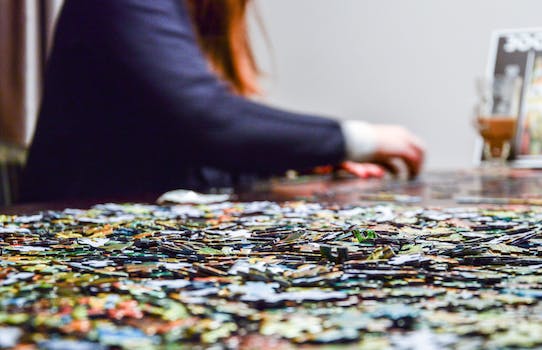 Plus, if you think you look better in a certain pose, own that shit! Stop making excuses for why you look good.

It still counts as your body. Everybody looks more skinny/muscular/strong etc. in certain poses, that’s just how it works. No one would say, “that bodybuilder isn’t really that ripped, he’s just posing like that”.

The elephant taking selfies in the room

It’s never been easier to feel like you’re not measuring up well to others than now.

On social media, people really only post pictures of themselves looking great and doing great things. You can carefully curate what your life looks to the outside world.

I’m going to post about me lifting weights and hiking and seeing cool shit. But I’m not going to post pictures of me being grumpy on the humid sardine can of a bus that’s my morning commute, or feeling anxious and wanting to hide in the bathroom when I meet new people. I’m not going to post me losing my temper when I smack my head on something, or anything that makes me look like I’m being anything less than the man I want to be. 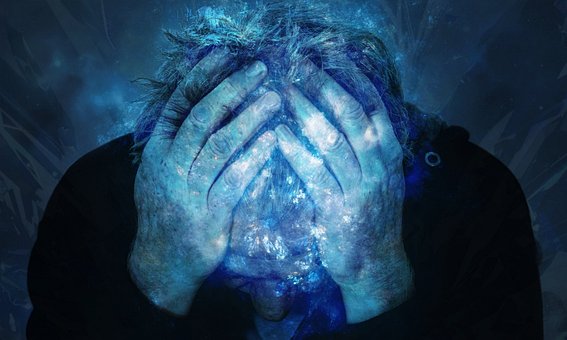 In a way, it’s kind of nice. You can carefully calculate how you want to show up in the digital space. The real world doesn’t have this same luxury because you can’t take an hour to form a response when you’re having a real conversation with someone (unless you’re at the DMV).

The downside is that it becomes even easier to compare your body with others' carefully crafted images of themselves.

"What’s wrong with competition though? What if I find it motivating?"

Listen, if it’s working for you then I won’t tell you otherwise. That said, if you haven’t made significant progress towards your fitness goals, I’d say it’s not good motivation.

I’m just very skeptical that seeing someone whose body you want is motivating, because feeling shitty and envious isn’t empowering.

Because you will never have their body. It’s theirs. Just like they could never have your body. It’s yours. Your body type falls into the “things you can’t control” category.

Feeling bad about yourself isn’t a good strategy for behavior change. How do I know this? Because I’ve worked with tons of clients who finally overcame their plateau once they let go of the idea that comparisons were motivating.

Plus, if your ideal is to look like someone else, you’re going to be constantly disappointed and frustrated because you’ve set yourself up for failure by setting an impossible goal.

You’ll never reach that “I look fucking bangin’ right now. I’m feeling sexy and confident AF in my body” if you’re always comparing yourself to someone else’s body. Plus, feeling like you’re not getting any closer despite all your hard work is extremely demotivating.

A basketball player and a gymnast could do the exact same training program, yet they wouldn’t look exactly the same. They’d look like stronger and more muscular versions of themselves, but they’re physiques would look quite different.

I’ve had more than a few clients who committed to unfollowing fitness models on Instagram, and found themselves over-thinking their fitness and their body much less. Consequently, they started seeing better, faster results. Simply because this made it easier to avoid comparison traps.

Comparison traps detract from the MOST IMPORTANT factor when it comes to fat loss: consistent action. Because wanting someone else’s body leaves you vulnerable to whatever bullshit they’re trying to sell you whether it’s detoxes, putting butter in your coffee, or dangerous crash diets.

When these clients stopped following fitness models, they became more focused on their own shit, not what other people are doing.

You only have so much brain space to figure out this whole life thing. Clear out some brainspace by unfollowing people who make you feel shitty about the life you’re living.

Positivity on social media is great and all, but when it causes envy and interferes with you achieving everything you want to achieve, it’s time to hit “unfollow”.

Ok, so what’s the point?

The body’s appearance is much more nebulous than it would seem at first glance.

It’s not so simple as, “I’m hot and have muscles and get laid all the time so I’m happy with my body. Life is wonderful and everything is perfect lalala”.

“The moment you started lifting is the moment you became forever small, because you will never be as big as you want to be”.

As comical as this is, it’s actually fairly profound. Body image has to do with subjective perceptions coming from your brain, not any objective measurements of your body like waist size or high five velocity. Hence why sometimes, the person who can’t fit through doors without turning sideways thinks he’s not big enough, or the person who can fit both legs in just one of your pant legs, thinks they’re not skinny enough.

And while I obviously encourage people to lift weights and get strong and pursue whatever fitness goals they want, if your mindset stays the same, you might never feel comfortable in your body no matter how closely your physique matches your ideal.

I think this is important to know as you move forward in your fitness journey.

FYI I’m definitely not trying to discourage you from pursuing any of your goals. One of the goals of this blog is to motivate people to take action towards building whatever life they want to live.

All I know is, if this post starts a helpful conversation I’m happy.

Because like I said, body image isn’t something that necessarily has concrete answers like “how to lose weight” or “how to get strong”. It’s complicated, messy, and highly individual. Your journey is your own.

But my hope is that I provided some mental fuel in forming a perspective to build your own healthy relationship with fitness, food, and your body whatever form that takes.