Fat loss tips you can use to eat healthy at work

Western work life is all but synonymous with a perpetual presence of cupcakes, cookies, and let’s not forget the notorious candy bowl. 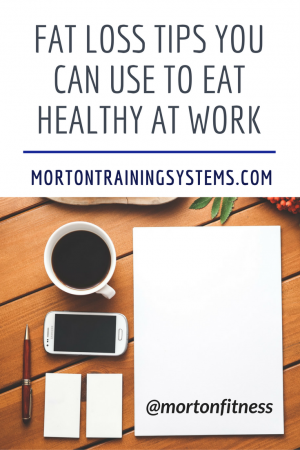 The constant bombardment of, “eat this! eat this!” at work is one of the trickier barriers to overcome. Being stuck at a desk for hours on end doesn’t put you in a good mental framework to deal with the constant temptation of that oh-so-seductive fun size snickers. ***Side note: What asshat decided a smaller candy bar was more fun?! Size matters yo.

Before I go any farther, we gotta talk about willpower.

Willpower is like your health meter in Zelda. You can build more of it as you progress in your journey, but eventually the Water Temple is going to fuck your day up and you’re going to run out of hearts.

Relying exclusively on willpower is a recipe for frustration.

A better strategy, just like in Zelda, is to dodge attacks in minor battles so when you get to the Boss fight you can survive a few hits without getting game over.

Conserve willpower when possible so when you have no other option, you have some willpower in reserves. Going into a Boss fight with 3 out 10 hearts usually equals game over.

This brings me to today's first strategy.

Your environment fundamentally influences your actions and behaviors. Engineering an environment that makes fat loss conveniant is crucial. A client of mine brilliantely called this “laying down infrastructure”.

Convenience is king. Laying infrastructure that makes eating healthy absurdly convenient will do more for dropping a pant size than any amount of willpower.

"That’s all well and good, but I don’t hardly any control at work."

You have to be there for 8+ hours a day. You can’t tell Linda she sucks whenever she brings cookies. And you can’t throw that candy bowl out the window like Vader throwing the Emperor into the core of the Death Star either.

Lack of autonomy and agency really zaps willpower. This is why you feel like you got hit by a bus after work.

So what do you do?

Engineer healthy environments in the areas of life where you have the ability to do so.

Buy healthy foods you enjoy and stop buying the junk food you snack on. If you always eat ice cream at 9pm when you watch the Daily Show, don’t keep ice cream in the house. If it’s not around you won’t run to the store to get some.

This way, you don’t end up expending willpower when you don’t need to. You go into the boss fight with hella hearts saved up.

Get out of the office

I stole this habit from my one of my online Fat Loss clients, let’s call her Sarah. Her work life is typical from a nutritional standpoint: lots of snacks lying about, unhealthy in-office lunches, etc.

At home Sarah was kicking ass, cooking her own veggie laden meals and such, but she wasn’t eating to her standards while at work.

She conquered this by going for a walk at lunch.

Sometimes she would prepare her lunch. Other times she'd go out for a big ass salad or some other healthy option. Not only was she not subject to the “current” of pizza and other junk food readily available in the office, but more importantly she used this walk to destress.

During her relaxing walk she could shake off whatever stress and mental fatigue she accrued throughout the day.

Not only was she more productive during the “afternoon slump”, but she found it easier to navigate the nutritional barriers at the office.

It can feel like bashing your head against a wall. However, you can catalyse a shift in work culture.

It’s rare to hear somebody say, “I don’t want to eat better”. Just because your coworkers don’t eat super healthy now doesn’t mean they don’t want to. Remember, they’re swimming in the same current you are, the current that’s making it hard to swim in the right direction. 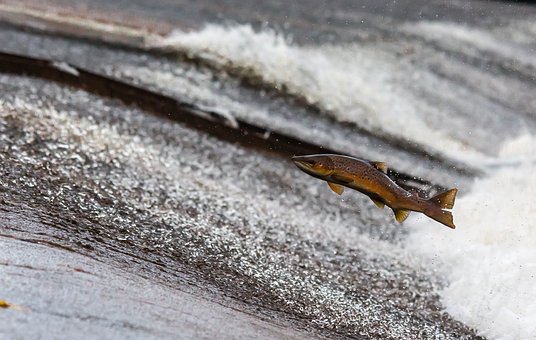 It might be scary to take a leading role. It can feel like you’re the outlier, like you’re being a pain in the ass. And you are a pain in the ass, a lovely pain in the ass. Probably could have phrased that better... err.. uh...anyways...you’ll be surprised how many people will appreciate and support your bravery -- people who want to eat healthier but don’t want to rock the boat.

Some may whine about the lack of pizza. They’re more than welcome to go out for pizza on their own without any judgement. Plus, they’ll probably be in the minority anyways. You’ll be surprised how much people open up when they realize they’re not alone in their struggles.

Merely being bold enough to suggest healthier lunches and options at the office can be enough to redirect your work's culture.

Now, this all depends on your work situation: what the culture is like, how big the company is, how strong the culture is, and how good/bad communication is. However, you can usually have some impact.

You can help shift the culture, not only helping yourself live your best life, but your co-workers’ as well. It’s not easy though. That’s why this strategy is listed last; it’s the most difficult. But if you succeed, even a small shift in culture will pay the greatest dividends.